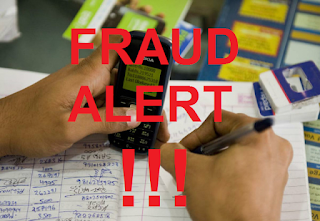 Mobile money fraudsters, just like any other fraud schemers, adapt to changes as their previous methods get powerless. There’s a new and a more complicated way these mobile money fraudsters operate now.
They now usually work in twos: a sender of money and a network staff. They send a victim a message via SMS that the victim’s account has been credited with a certain amount of money.
The trick here is where the message may have come from. If you’re using MTN, such an alert, if genuine, will come from the usual “Mobile Money” sender name and no other sender. Plus, you’ll also know that the total amount of money you have in the account from the SMS, if it is genuine.
Shortly after the fake SMS hits you, a call will come from the purported sender telling you he made a wrong transfer and thus, he’s called the network to revert the transaction. He will go on to say the network has reverted the transaction but has blocked your mobile money account so they [the telco] will call you to rectify the issue.
First of all, why would a company block someone if some money mistakenly was sent to their account? Also, if they have reverted the mistaken transaction, why would you call me? Are you the telcom company?
Soon, a fake staff from the telco will also call you about your account being blocked and how to rectify it. He [the fake telco staff] will tell the victim to follow some procedure in order to unblock the account. Going further, it will get to a point that he will want you to enter your mobile money PIN. If you do this, you give out your secret PIN code which shouldn’t be known to anyone except yourself.
The takeaway from this point is if the account was blocked with my knowledge (or even if it’s something I did) why shouldn’t I be told to go to the nearest service centre in my location to rectify the issue (as it is always done)?
Also, when they tell you your mobile money account has blocked, try checking your balance to see if it has been really blocked. If it has been blocked, it is always safer to go to the nearest service centre of that network.
ShareTweetPin ItShare

How to Unlock iPhone Passcode Without Computer in 2022

How To Buy & Recharge Your Prepaid Meter In Nigeria