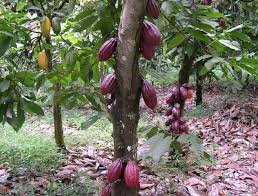 Everyone loves chocolates,but you might be surprised that
most Nigerians don’t know that chocolates are made from cocoa.

This post contains quick facts such as challenges of cocoa production,how to start a cocoa plantation,history of cocoa,largest cocoa producing states in Nigeria etc.
Cocoa Farming & Production In Nigeria: 50 Quick Facts
1. West Africa is ranked as one of the largest cocoa producing countries,Nigeria is also ranked as the 4th largest global producer of cocoa.
2. Nigeria was once one of the largest exporter and producer of cocoa which is a major cash crop before the oil boom which caused a decrease in number of production of the cash crop.
3. Cocoa is one of the fastest selling agricultural products in the international market and the local market.
4. In other to start up your cocoa farm you will need a large farm,probably a few of hectares of land,you should also note that setting up a cocoa farm is capital intensive,you can start off by dealing on fresh cocoa seeds,you can buy and sell it to farmers at a much higher price.
5. Cocoa farming will require storage and drying space,this is one of the reasons why it’s capital intensive,also heavy duty sacks will be needed for baggage.
6. One standard 50kg bag of cocoa is sold for N55,000 in the Nigerian market. Most often the cultivation of cocoa is done by many small scale farmers on few hectares on land,only a few companies export cocoa.

8. Cocoa is the leading agricultural export of Nigeria,the country produce more than 389,272 tonnes of cocoa per year and makes up to $1.3 billion annually from exports.
9. Nigeria began cocoa production in the late 18th century in Bonny and Calabar.
10. Cocoa thrives in areas that are not more than 20 degrees north or south of the equator,that is probably the reason why the cash crop thrives in the south south part of Nigeria,most often the cocoa tree is grown from seedlings which are raised in nurseries,after the plant grows to a height of 3 cm,it is then transplanted at a distance of 3 to 4 meters.
11. The major states that produce cocoa in Nigeria are Ondo, Cross River,Ogun, Akwa Ibom, Edo, Ekiti, Delta, Osun and Oyo.

12. Some of the major problems of cocoa production in Nigeria include high cost of establishing nurseries and plantations,low level of market information,high levels of spoilage,low quality beans Etc.

13. Cocoa plantation is prone to diseases and will require expensive chemicals to keep diseases such as black pod at bay,also cultivation is a very delicate process because the plant is very sensitive and responds to changing weather conditions.

14. The quality of crops exported from Nigeria is considered of a lower quality on the international market,however Nigeria’s cocoa is known in the world market for its pleasant aroma.

Cocoa farming is very lucrative,but before venturing into the business you should take intensive lessons and probably start off by dealing on the seeds, after learning the ropes and saving money,you can then consider setting up your own cocoa farm. 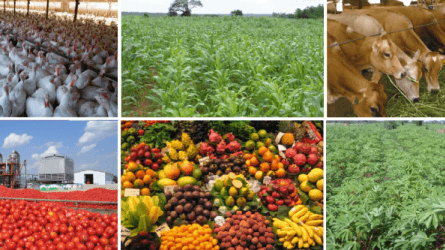 Agricultural Businesses That Can Fetch You More Money

40 Best Small Scale Business You Can Do in Nigeria

7 Tips for Entrepreneurs to be Successful