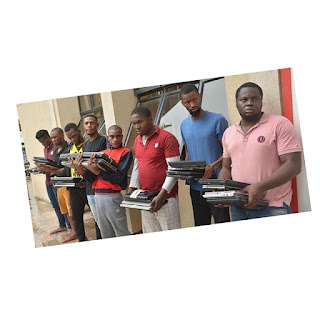 33 suspected internet fraudsters were on Monday August 26 2019, arrested at their hideout in an early morning operation by Operatives of EFCC, in Owerri, Imo State.

YOUR OPINION!! Do You Think Atiku Would Be A Better President Than Buhari?