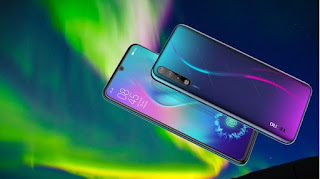 Tecno Phantom 9 Specs And Price In Nigeria
The Phantom is back with new Tecno Phantom 9 , the new phone redefines the way you view masterpieces in photography, a feat made possible with its revolutionary triple AI camera. If you’re looking to get the best camera smartphone ever made by this Transsion-owned brand, you have it in the ” TECNO PHANTOM 9 “ . 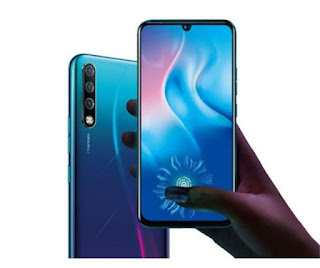 Tecno Phantom 9 lets you record every one of your unforgettable moments while providing you with the fun of capturing vividly looking pictures.
The Tecno Phantom series is the line of flagship mobile devices from the maker a family of smartphones whose chapter was opened in Tecno’s phone production history with the release of Phantom A and A Plus and grew up to the Phantom 8 , which was launched in 2017.
And owing to the spectacular rave those devices mustered when they hit the markets, the brand’s customers and fans were all waiting with bated breath for the next phone that will join the family. Unfortunately for “the watchers”, Tecno Phantom 9 couldn’t be launched in 2018. 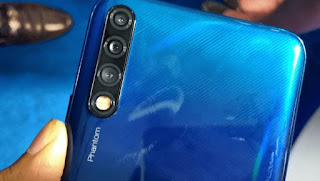 The Phantom series is the pinnacle of Tecno’s smartphone prowess and in fact, holds the flagship position represented by the most specs you can find on a Tecno smartphone.
Tecno Phantom 9 which is the latest in this series was just launched, and yes it packs quite a punch fitted into a well- crafted aurora design body.
Some of the highlights of the smartphone include a first-time in-display fingerprint scanner on a Tecno smartphone, Triple AI rear camera and a massive 6.4-inch Full HD AMOLED display.

Techno Phantom 9 features around 84.83 per cent screen-to-body ratio and measures 158.46 x 75.3 x 7.85 mm; thus, even though it has a large 6.4″ display, the phone is still quite portable with its lightweight compact body. This is achieved due to the U- shaped front facing cam as well as the uniquely positioned front LED flash of Techno Phantom 9 , both of which obviate the need for further space getting assigned to the front LEDs of Techno Phantom 9 .

The new Tecno Phantom 9 equipped with a 6.4″ Dot Notch display brings you a view worthy of a large theatre.
It’s the first phone from the maker to sport a display that large. However, the big smaker , estate isn’t the best part, the manufacturer’s choice of the resolution is in the new release of Techno Phantom 9 , Tecno takes mobile security to the next level by moving the fingerprint sensor from the back and hiding it under the phone screen.
This revolutionary step forward ensures that you stay at the frontline of the newest fashion trends while also offering you advanced smartphone user experience. Fast, robust, and secure, the Tecno Phantom 9 in-display fingerprint scanner instantly unlocks the device when you turn it on and move your finger across the fingerprint area, which is displayed on the phone screen.

The Techno Phantom 9 sports a big 6.4-inch AMOLED Full-HD+ display with a resolution of 1080 x 2340 pixels. The waterdrop notch is well cut out, given the display a 19.5:9 aspect ratio, and the smartphone getting about 83.4% screen-to-ratio. The new Phantom 9 smartphone runs smoothly on an Octa-core MediaTek MT6765 Helio P35 SoC pegged at 2.35GHz.
There is PowerVR GE8322 GPU integrated onboard the device, tagged with 6GB of RAM and 128GB internal storage to ensure you get enough storage and lag-free performance.
The storage can also be expanded up to 500GB via MicroSD card.

The Tecno Phantom 9 also comes with a 6 GB of RAM, an Internal Memory (ROM) of either 128 GB. The storage space can be expanded via the micro-SD slot (Maximum allowable Storage for Micro-SD is 500 GB and it uses a dedicated slot). 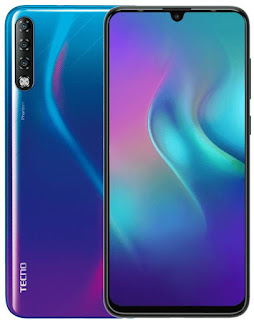 OPay, PalmPay and a long line of Chinese investor interests in Africa

How To Check Tariff Of My Current Call Plan (Airtel, 9mobile, Glo, MTN)